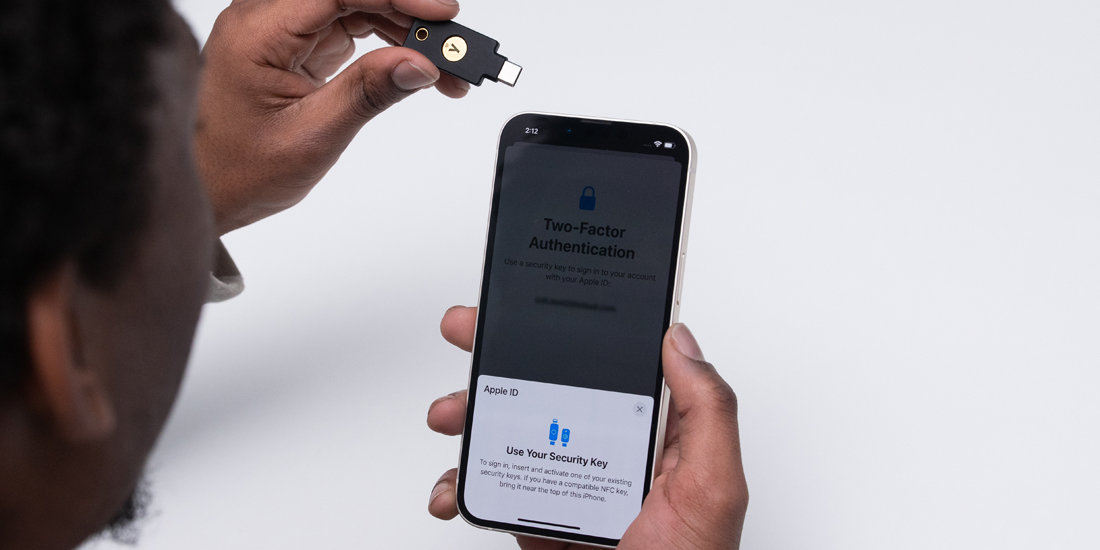 We have exciting news for our Apple users: just yesterday, as part of iOS 16.3, Apple announced the general availability of security key support for Apple ID accounts — so grab your iPhone and your YubiKey and turn it on today!  Check out our support center here for a step-by-step guide and setup instructions on how to do so.

With more than 95% of active iCloud accounts currently using two-factor authentication, the availability of security key support has the potential to make a tremendous impact on modernizing everyone’s approach to cybersecurity.

Apple has allowed users to take their security into their hands by enabling security keys, stating that physical security keys take their two-factor authentication even further to prevent even an advanced attacker from obtaining a user’s second factor in a phishing scam. As I mentioned in December, it has been made very clear that not all multi-factor authentication (MFA) is created equal. Vulnerabilities with legacy forms of MFA, such as SMS, TOTPs, and mobile-based apps, continue to be the target and victims of data breaches, with attackers taking aim in record numbers in 2022.

Given the nature of our work, cybersecurity is always top of mind in our discussions and I was recently discussing with Stina, our CEO and co-founder, about the importance of companies like Apple embracing hardware security keys. 90% of breaches can be tied to stolen credentials, and she reinforced how YubiKeys put the user in control to protect themselves against phishing attacks with the trusted, gold-standard of authentication and she applauds Apple on the significance of this release.

We started testing the implementation process during Apple’s beta rollout in December and are excited to test further use case scenarios now that it has been released. Keep your eyes out for a future blog post on how to get your Apple ID protected with your YubiKey.