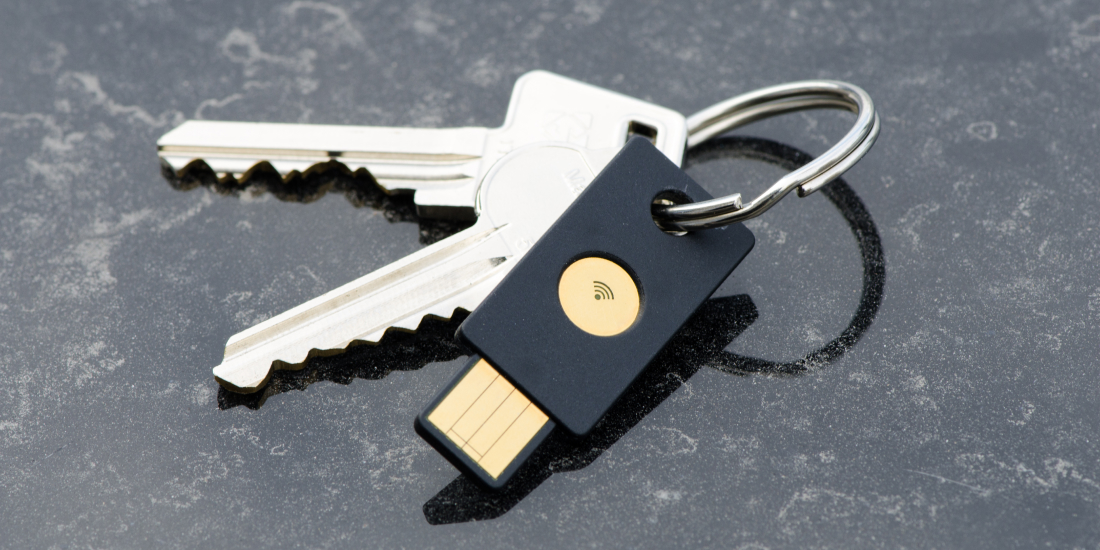 Yubico has heard this question a lot over the past days since the iPhone 6 was released with NFC support.

The answer would be “now” if Apple had an open ecosystem, but that likely won’t be the case for another 12-16 months. But put a pushpin on your roadmap, the YubiKey NEO will be a multi-factor authentication option, based on its current NFC support, for iPhone users once Apple opens it to developers.

And if Apple decides to join the FIDO Alliance, the Yubico promise of one authentication key for many services could get support from another heavyweight in the FIDO standardization effort.

It’s not far-fetched to envision Apple as part of FIDO given that Apple’s Touch ID is built from technology acquired when it bought AuthenTec – which applied for the original trademark on the FIDO name. (The company left FIDO the day it was acquired by Apple).

Apple showed its new willingness to work in international standards settings two weeks ago when it joined the GlobalPlatform, which creates specifications that address standardized infrastructure for securing multiple apps on smart chip technology.

The group has three areas of focus: secure elements, trusted execution environments and messaging that holds it all together. And it adds in security, interoperability, responsibilities, provisioning and a common language to exchange information.

Or as Global Platforms puts it, we’re “a cross industry, non-profit association that identifies, develops and publishes specifications that promote the secure and interoperable deployment and management of multiple applications on secure chip technology. “

Now that’s a mouthful, but what’s important is in a world where standards are the only way to reach Internet scale, it appears Apple is coming out to play.

You can read more about the Apple/GlobalPlatform alliance on my Identity Matters blog on ZDNet.