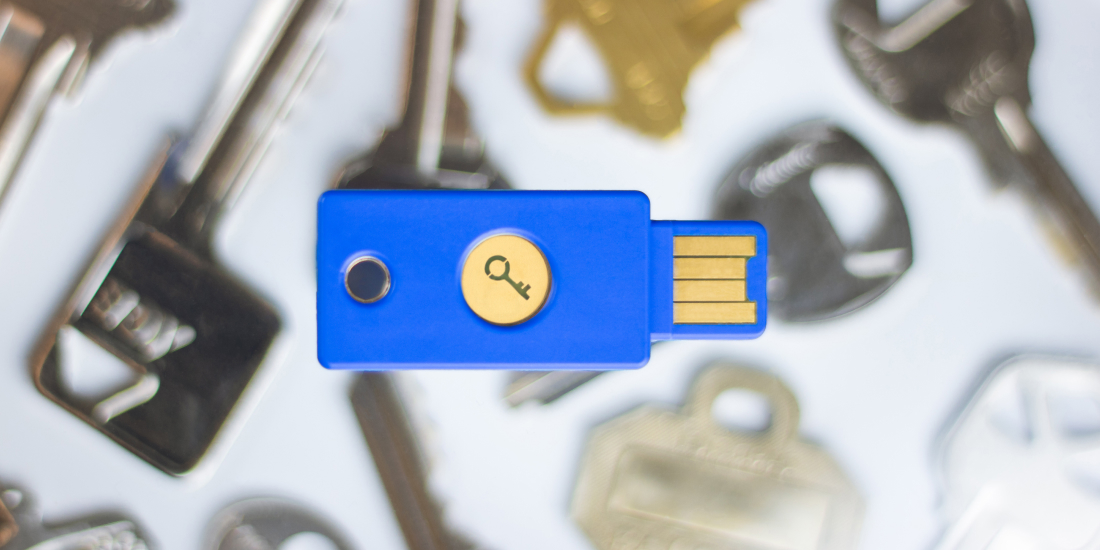 Security is never stronger than its weakest link, and that weakest link is often the user. Not surprisingly, phishing attacks that target users are increasing not only in volume, but also in sophistication. Google knows that. Recently, the search giant updated their login security policy to enable users to set up security keys as their preferred and only authentication method, no longer requiring the use of SMS or a mobile authenticator app.

SMS and mobile authenticator apps are no longer effective at protecting against the modern man-in-the-middle phishing attacks that are able to hijack the session.

One of the most common phishing attacks is to trick users to visit and log in to a fake website, where the user gives away sensitive login data and performs a fraudulent transaction. With the increasing sophistication of hackers, it is becoming difficult for most users to see the difference between a fake and a real site. Some fake sites may even include the green light indicating a secure connection and an SSL certificate.

The latest sophisticated phishing attacks, so called man-in-the middle, are even more aggressive: hijacking the communication between the user and service, and automatically redirecting the user to the fake web site.

With the YubiKey and FIDO U2F Security Key, user login is bound to the origin, meaning that only the real site can authenticate with the key. The authentication will fail on the fake site even if the user was fooled into thinking it was real.

By requiring a simple human touch to trigger the key to authenticate, the YubiKey and FIDO U2F Security Key verify that the person logging in is a real live human behind the computer, and not a remote hacker, bot, or trojan.

U2F relies on the concept of minting a cryptographic key pair for each service. This means that the authentication secrets for each service are not shared. By using public-key cryptography, the server only has to store the public key for the user. Furthermore, this enhances user privacy as different sites cannot learn for which sites the user has registered.

Token binding is an additional protection supported by FIDO U2F that secures the connection between the browser and the service to prevent man in the middle attacks.

Token binding allows servers to create cryptographically bound tokens (such as cookies, OAuth tokens) to the TLS layer, to prevent attacks where an attacker exports a bearer token from the user’s machine to present to a web service and impersonate the user.Token binding is used by FIDO U2F keys to bind the fido authentication token to the user agents TLS connection with the service.

Native platform/OS support
The YubiKey and FIDO U2F Security Key were intentionally designed so that no additional client software is required. With all the authentication software built into the key, this design brings zero friction for the user. Additionally, this eliminates the vulnerability and risk of compromise that comes from any extra client software that needs to be downloaded to a phone or computer.

Ease of use
Last, but not least, the unphishable YubiKey and FIDO U2F Security Key were designed to be easy to use and deploy.

All these security features work seamlessly. For the user, it is just a simple touch to authenticate. To further simplify, services and users can choose their own policies on how often they need to authenticate with a security key. With the way Facebook has implemented FIDO U2F, users only need to register and authenticate once per trusted laptop or phone.

Any online service can easily make support for FIDO U2F using Yubico’s free and open source server code, and integration can be done within a few days. Alternatively, U2F can be implemented via Google and Facebook social login. Through this federation model, millions of websites and billions of users globally have access to online identity protection through unphishable security keys.