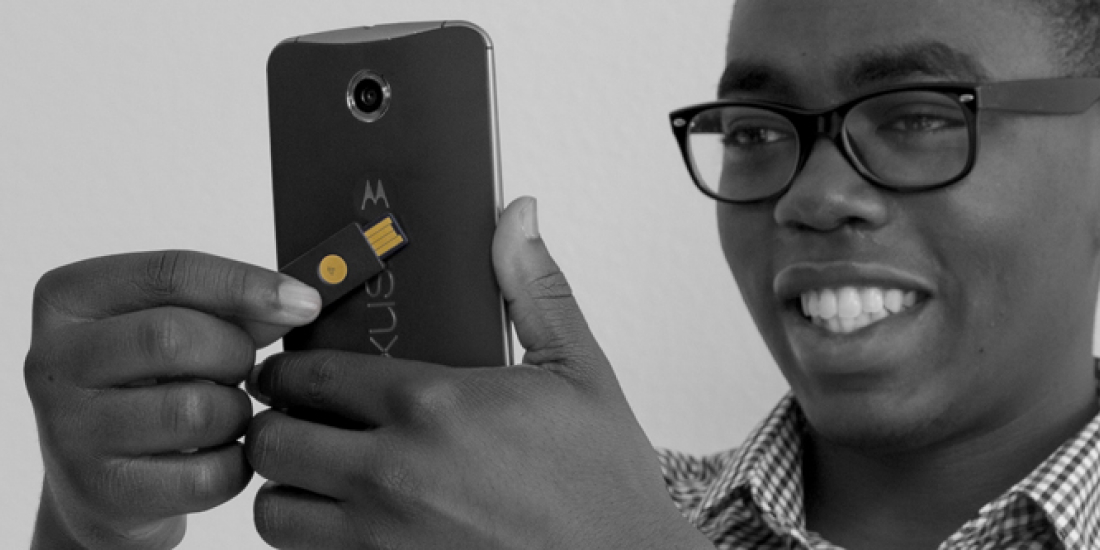 Yubico is a leading contributor to the U2F specs, including the USB transport and the new specs for Bluetooth and Near Field Communication (NFC). We are now excited to see the recently completed Bluetooth and NFC transports published that will enable strong public key authentication to expand across computers, tablets and smartphones.

Despite the rapid growth of mobile devices, the majority of high-security applications will continue to be accessed from computers. As long as those devices provide more computing power, user-friendly screens and full-sized keyboards. However, as more users and sophisticated applications move to smartphones and other Internet-connected gadgets, they have become a fast-growing target for hackers and malware. Wireless U2F will help ensure that the mobile device does not become the weakest link in a security system.

To understand the significance of strong authentication coupled with wireless communication via Bluetooth and NFC consider these facts: The Bluetooth Special Interest Group says there are more than eight billion Bluetooth enabled devices in use today and over 10 billion are projected to ship in the next three years. The NFC Forum says there are more than 500 million NFC-enabled devices in the market today. Analyst firm IDC predicts that from 2015 through 2017, nearly six billion mobile phones will ship. That compares to fewer than one billion PCs in the same timeframe. Add to those numbers Cisco’s prediction of 50 billion Internet of Things devices and objects that will connect to the Internet in five years.

The new NFC spec for U2F has been successfully proven in enterprise deployments, and now all YubiKey NEOs that are running version 3.4 or later of our firmware (introduced in early-February) will work for NFC U2F authentication once relying parties incorporate support. And later this year, Yubico plans to launch a Bluetooth U2F device.

The wireless U2F specs published on June 30 are a major milestone for authentication that is secure, easy and available for everyone.