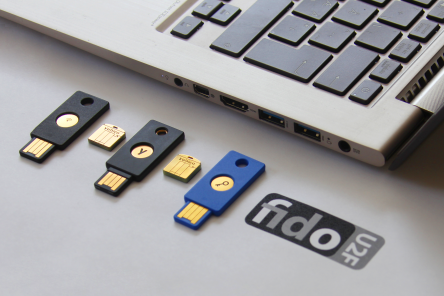 “When U2F functionality in Chrome launched last October, the security and value of 2FA for all became clear,” said Stina Ehrensvard, CEO and founder, Yubico, Inc. “With this announcement, end-users can now bring their own hardened, Yubico U2F-compliant keys directly to the enterprise without their organization ever having to collect and store the user’s secrets.”

With new administrative features, Google Drive for Work admins will be able to easily deploy, monitor and manage U2F Security Key, YubiKey NEO and YubiKey Edge at scale with controls in the Admin console with no additional software to install.  IT admins will see where and when employees last used their keys with usage tracking and reports.

If Security Keys are lost, admins will easily revoke access to those keys and provide backup codes so employees can still sign in and get work done. It’s simple for Google Apps admins to deploy by setting an enforcement date in the future and gradually getting all employees to adopt it.

Once deployed, all it takes for a user to authenticate is to touch  the key after it has been inserted into a USB port. Each Yubico U2F-compliant key has a secure element which performs cryptographic functions triggered by the touch of the key. These are not biometric devices, instead they uses a capacitive sensor activated by the small amount of electricity the human body naturally produces.