The YubiHSM 2 delivers some of the highest levels of security for cryptographic digital key generation, storage, and management, supporting an extensive range of enterprise environments and applications, in a cost effective and minimalistic form factor. The new YubiHSM 2 integration with AWS IoT Greengrass introduces hardware root of trust private key storage, adding to the existing AWS IoT Greengrass security model at the edge that includes the use of certificate-based authentication and encryption of data both in rest and in transit. 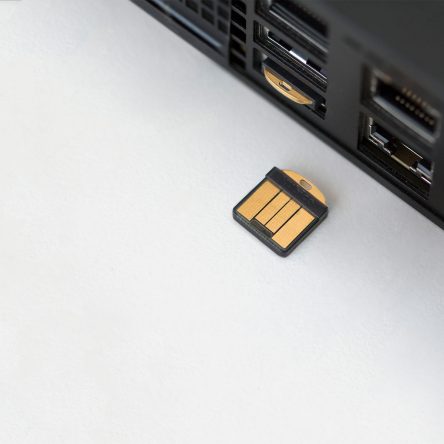 “Since the launch of YubiHSM last year, we have seen many exciting deployments that have explored the use of the YubiHSM 2 for improving security within IoT environments,” said Jerrod Chong, SVP of Product, Yubico. “AWS adding support for external hardware-backed secure devices within the AWS IoT Greengrass platform is another great use case for YubiHSM.”

The YubiHSM 2 defies a conventional design approach to an HSM with Yubico’s signature traits of simplicity and affordability. The ultra-slim nano form factor YubiHSM 2 device is affordable at $650, offering advanced capabilities and benefits at a price within reach for all organizations.

To begin using this new security feature, AWS IoT Greengrass customers can see information about the Yubico YubiHSM 2 through the AWS Partner Device Catalog. Customers will have the option to configure their AWS IoT Greengrass Core to use the private key generated on the YubiHSM secure element to integrate with the AWS IoT Greengrass software utilizing the PKCS#11 crypto standard interface.

For more information on the YubiHSM 2 and AWS IoT Greengrass, please visit the Works with YubiKey catalog.