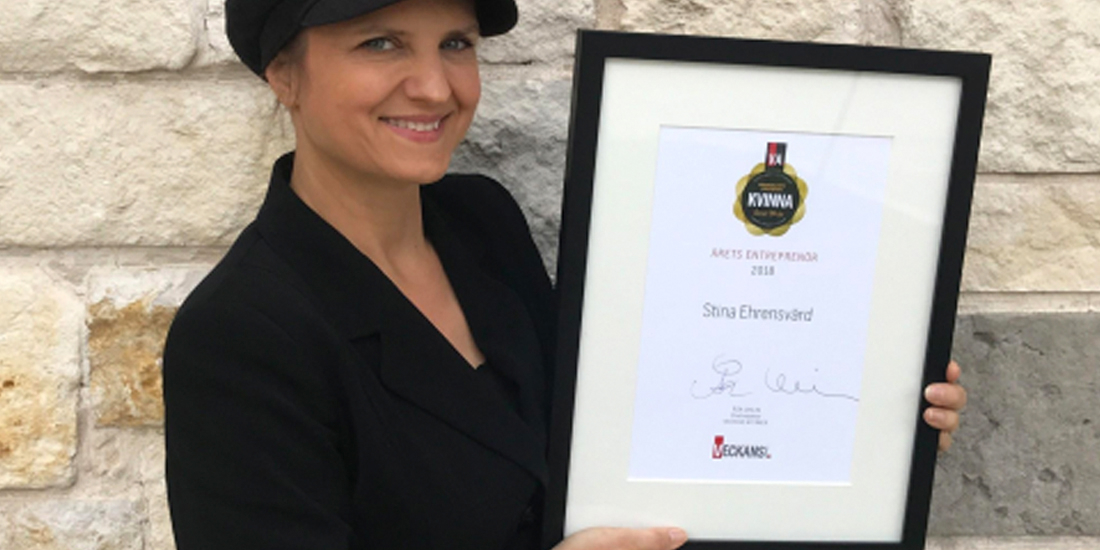 “With a product that is becoming a world leading standard, she is today one of Sweden’s most powerful, as well as most successful entrepreneurs,” shared the jury for the award.

Following the award, Veckans Affärer published a feature on Stina and her story. In the article, Stina thanked her parents for never stopping her from climbing trees as a young girl, and for instead asking how the view was from the top. She also emphasized that the most important foundation in a company is the team, and that every award she gets represents Yubico as a whole.

The Most Powerful Woman Award is celebrating its 20th anniversary, having started in 1998 to honor and highlight successful, influential women business leaders and entrepreneurs. At the time, there were only two women board members among Swedish companies listed on the stock exchange. Today, the number of women has grown tenfold.

Stina received the award at a gala dinner and awards ceremony in central Stockholm, attended by leading Swedish business executives.