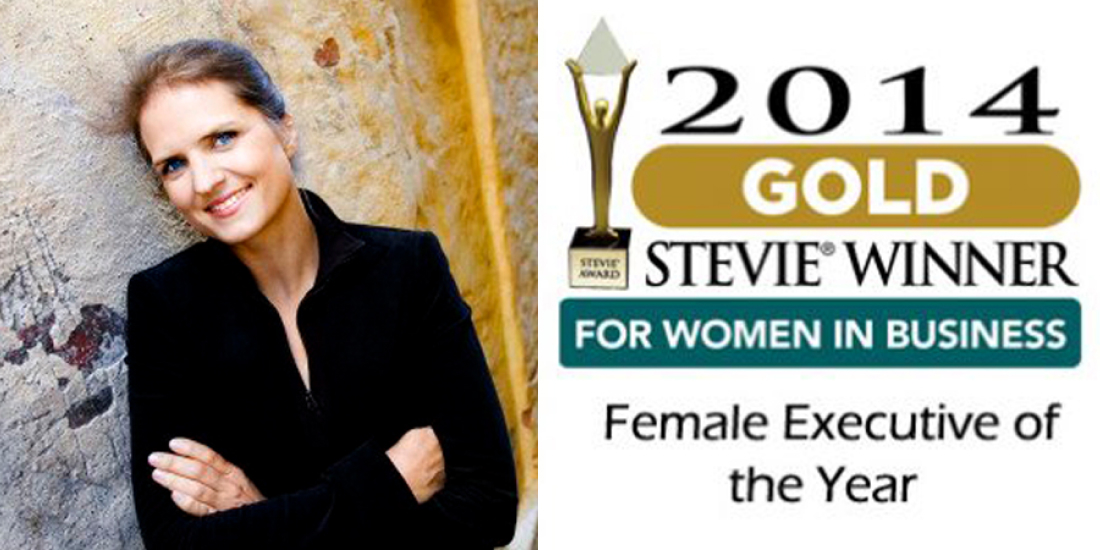 We are proud to announce that Stina Ehrensvard, CEO and Founder of Yubico has been named the Gold Stevie Award winner for Female Executive of the Year – Business Products. The Stevie Awards for Women in Business were announced Friday, November 14. The awards shine a spotlight on women executives, entrepreneurs, and organizations run by women.

“Yubico has seen a tremendous 2014!” said Ehrensvard. “Our technology has been adopted by the leading Internet companies, and as a driving contributor of FIDO U2F we are defining new global standards for simple and secure login. This award speaks very highly, and is a clear result of amazing work from all members of the Yubico team”

The Stevie, the Greek word for “crowned,”  is widely considered to be the world’s premier business award, and the 2014 awards received entries from 22 nations and territories. The awards presentations were broadcast live across the U.S.A., and simulcast around the world by Biz Talk Radio. The ceremony will be featured in a television special on Biz TV in January.