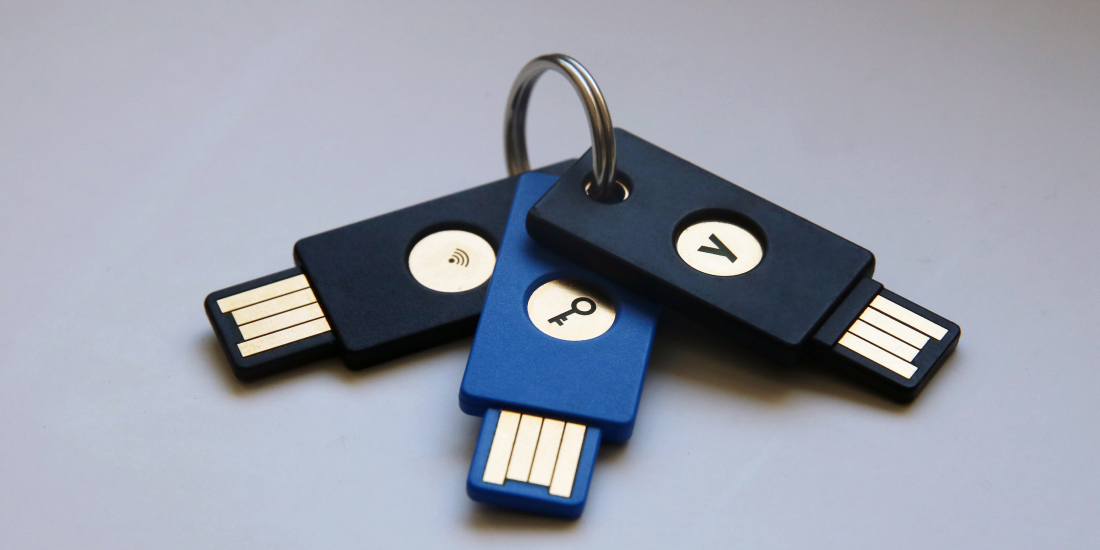 Recently there have been discussions regarding Yubico’s OpenPGP implementation on the YubiKey 4. While open source and security remains central to our mission, we think some clarifications and context around current OpenPGP support would be beneficial to explain what we are doing, why, and how it reflects our commitment to improved security and open source.

To start off, let me say that Yubico is a strong supporter of free and open source software (FOSS). We use it daily in the development of new products, and a large portion of our software projects are released as open source software — we have close to 100 projects available on GitHub. This includes libraries for interfacing or integrating with our devices, tools used for programming and customization, server software which supports our products, specifications for custom protocols, and many more. We believe strongly that this benefits the community, as well as Yubico.

There are quite a few reasons we’ve done it this way, but none of them represent a change in our commitment to a free, open internet. Here’s our thinking:

First, and most important in our decision-making, has been to move away from what we call “non-secure hardware” and into secure elements that are specifically designed for security applications and have passed at least Common Criteria EAL5+ certification.

The reason is simple — we have to provide security hardware that not only implements a cryptographic protocol correctly, but also physically protects key material and protects the cryptographic operations from leakage or modification. Over the past couple of years, many publications have provided evidence of various forms of intrusive and non-intrusive attacks against hardware devices (including the YubiKey 2). Much can be said (and has indeed been said) about this subject, but there is no question that this is a serious matter. Attacks varying from “chip-cloning” and “decapsulation and probing” to fault injection and passive side-channel analysis have shown that a large number of devices are vulnerable.

Given these developments, we, as a product company, have taken a clear stand against implementations based on off-the-shelf components and further believe that something like a commercial-grade AVR or ARM controller is unfit to be used in a security product. In most cases, these controllers are easy to attack, from breaking in via a debug/JTAG/TAP port to probing memory contents. Various forms of fault injection and side-channel analysis are possible, sometimes allowing for a complete key recovery in a shockingly short period of time. In this specific context (fault injection and side-channel analysis), an open source strategy would provide little or no remedy to a serious and growing industry problem. One could say it actually works the other way. In fact, the attacker’s job becomes much easier as the code to attack is fully known and the attacker owns the hardware freely. Without any built-in security countermeasures, the attacker can fully profile the behavior in a way that is impossible with a secure chip.

So — why not combine the best of two worlds then, i.e. using secure hardware in an open source design? There are a few problems with that:

Secure elements are still a small market compared with generic bread-and-butter microcontrollers. Given the high costs to achieve and maintain certification and the procedural hassle, it is quite easy to understand the current state of affairs.

Let’s for a moment return to the question of the YubiKey NEO and why we decided to remove the ability to manage the applets. As we began to produce the NEO in larger volumes, we had to make some tough choices:

Although we had initially hoped to take a different approach to applet management, I believe we made the right decisions given our choices. We do provide a developer program, giving access to the full toolchain as well as open CM keys. We don’t charge for it, but given the paperwork required, we need to have a compelling business case in order to justify the effort.

I’d like to bring up another aspect when it comes to providing integrated products. With the YubiKey, we see the firmware being integral with the hardware and we take responsibility for the aggregated functionality. We have made a conscious decision not to provide any means for upgrading the firmware out in the field, in order to eliminate the chance a device could be modified by an attacker.

That means that any device with a security issue is a lost device: if there are any problems, issues come up with returns, support for users moving their keys, destruction of the keys, etc. In a “software-only” open source project, handling a serious issue like that could be as simple as issuing a security bulletin and pushing a fix.

Enterprise customers deploying at million-unit scale have engaged independent third parties to review our firmware source code and algorithm implementations, and we would consider this with others of a similar or larger scale (given the extensive load on our engineering team to support such analysis). Such analysis is restricted to the contracting parties.

The chain of trust for any security product is pivotal to understanding how to implement a secure scheme for the entire lifecycle from production to deployment. Again, using commercial, off-the-shelf components with open designs creates some very hard nuts to crack. What prevents your hardware or chip from being compromised in the first place? What if the bootloader has been compromised, maybe in transit? Moving towards a fully-integrated design, like the YubiKey 4, actually solves a very practical problem. The security boundary includes the initial loader, which is protected by keys.

Consider the following questions and statements:

In conclusion, we want our customers and community to know that we have made conscious choices to some quite complex questions and that, in the end, we have landed with some sensible compromises. We are no less committed to security. We are no less committed to open source and to the open source community. We are always open to suggestions and could very well make changes if more sensible solutions arise. After all, the trust of our users is the most important asset we have.

If you have comments please visit our YubiKey 4 forum. If you don’t have access to the forum, send us a comment at comments@yubico.com.

– Jakob Ehrensvard is CTO at Yubico