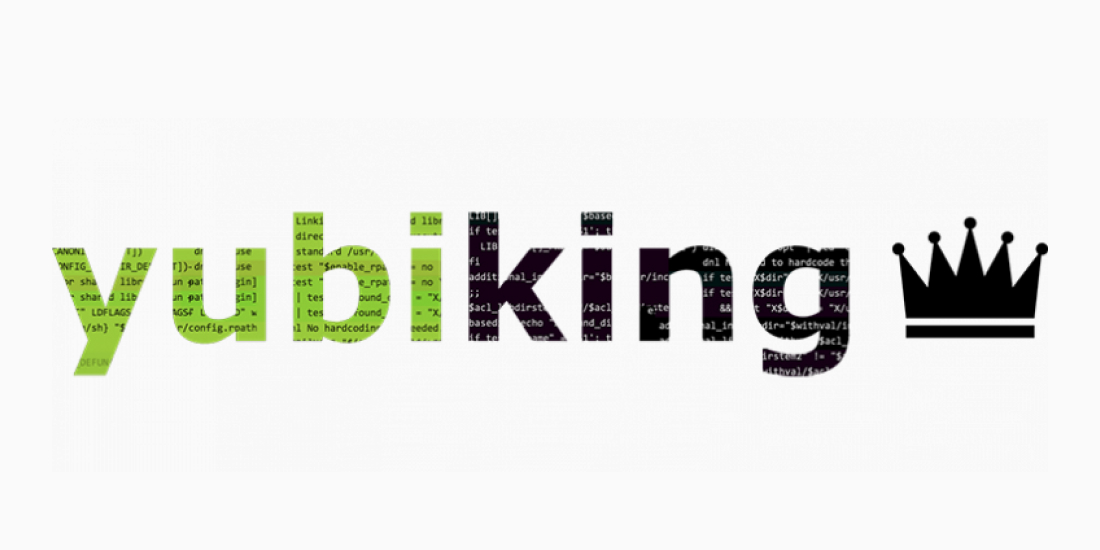 While I’ve been an employee with Yubico for a little more than two years now, my history with the company dates back a bit further. And the YubiKing contest we announced today to discover the next innovative use of the YubiKey transports me back to that time. Before I was an employee, I was a winner in the initial YubiKing contest.

The first time I heard of the YubiKey was on an episode of the Security Now podcast back in 2008. An enthusiastic Stina Ehrensvard (CEO and founder of Yubico) was being interviewed and the details of how the YubiKey worked were being explained down to a very technical level. I remember later trying to explain how it worked to my then girlfriend (now wife), who didn’t quite share my excitement for the device. Nonetheless, I was smitten.

YubiKing is your opportunity to create the next innovative use for a YubiKey. Enter your project in the YubiKing Virtual Hackathon today to become eligible to win great prizes!

A while afterward, the first YubiKing competition was announced in a follow-up episode. This was the perfect excuse for me to get a YubiKey and play around with it. The rules were pretty simple: Create something that uses the YubiKey and submit it to the competition. I had what I considered a pretty neat idea for a hack, but with several companies entering the competition I saw little hope of actually winning. Still, the promise of a YubiKey for entrants was there. I had no excuse not to give it a shot.

At the time, very few web sites offered two-factor authentication. We’ve come a long way since then (with an even longer way to go, still), but I had an idea to immediately start using a YubiKey with more sites. My solution was a very basic password manager of sorts, which used Yubico OTPs for authentication.

It worked like this: You would store passwords for different sites, and the YubiKey would protect access to your passwords. A small browser plugin would then hook into password fields on third-party sites, detecting if an OTP was entered instead of a password. When it saw an OTP, it would query the server for your password and seamlessly replace the OTP with your actual password before submitting the field and logging you in. Boom, instant YubiKey support for any site!

My submission lacked polish and was mostly thrown together over the course of a weekend. But it worked, and the idea was novel enough that it earned me one of the coveted YubiKing titles awarded that year. This contest began my relationship with Yubico and eventually led me to a new job working with the technologies I’m passionate about.

Now we’re running another YubiKing contest, and I’m very excited to see what kind of new innovations will pop up this time around.