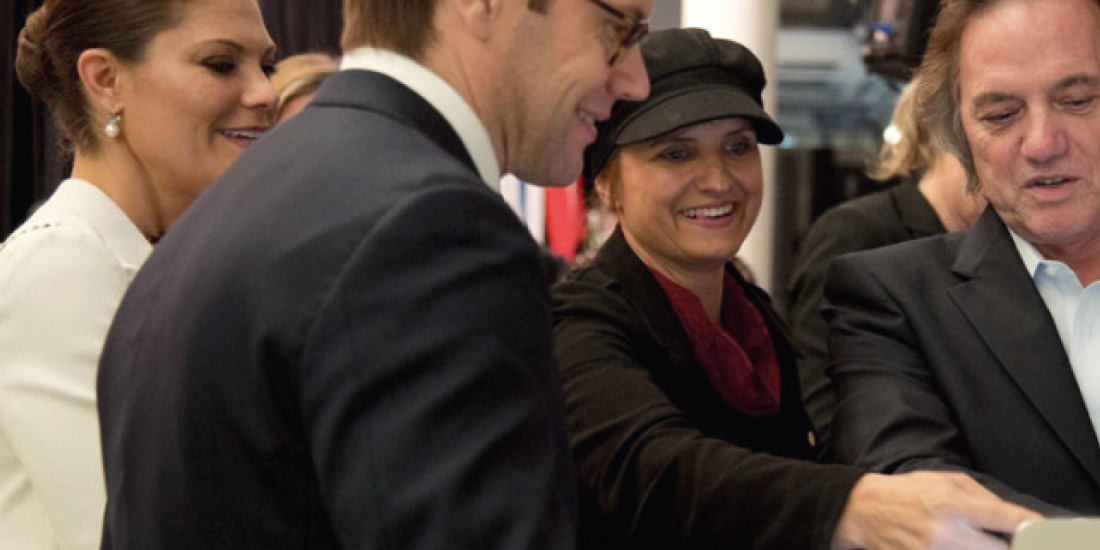 After Silicon Valley, Sweden is considered one of the world’s more interesting tech innovation hubs, giving birth to global brands such as Skype, MySQL, Spotify, King – and the rising Yubico!

The growing and fruitful cross-pollenization between Silicon Valley and Sweden is the reason Victoria, Crown Princess of Sweden, and her husband, Prince Daniel, this week visited the Bay Area (pictured above left in photo with Yubico CEO Stina Ehrensvard, center, and Chief Business Officer John Haggard, right).

I had the honor of meeting the Royal couple during a private event at the Computer History Museum, and participating on a panel of Nordic tech-entrepreneurs that shared stories of building successful companies in this magic place in the world.

“Nowadays every road leads to the Bay Area,” Barbro Osher, the Honorary Consul General of Sweden, said during the event. “They felt they’ve been here before, but they haven’t been down to the Valley and it was time to learn about the innovations.”

Princess Victoria, heir apparent of King Carl XVI Gustaf, is a cool, authentic and modern woman asking intelligent questions.
Educated at Yale, she married a successful entrepreneur and gym owner who at the time was also her personal trainer.

In case the Princess by chance finds this blog, I hope you continue to encourage entrepreneurship and to be yourself; a shining representative for Sweden. Meanwhile, my team at Yubico will do its best to help protect people across any country border, driving new open security standards for all Internet citizens.