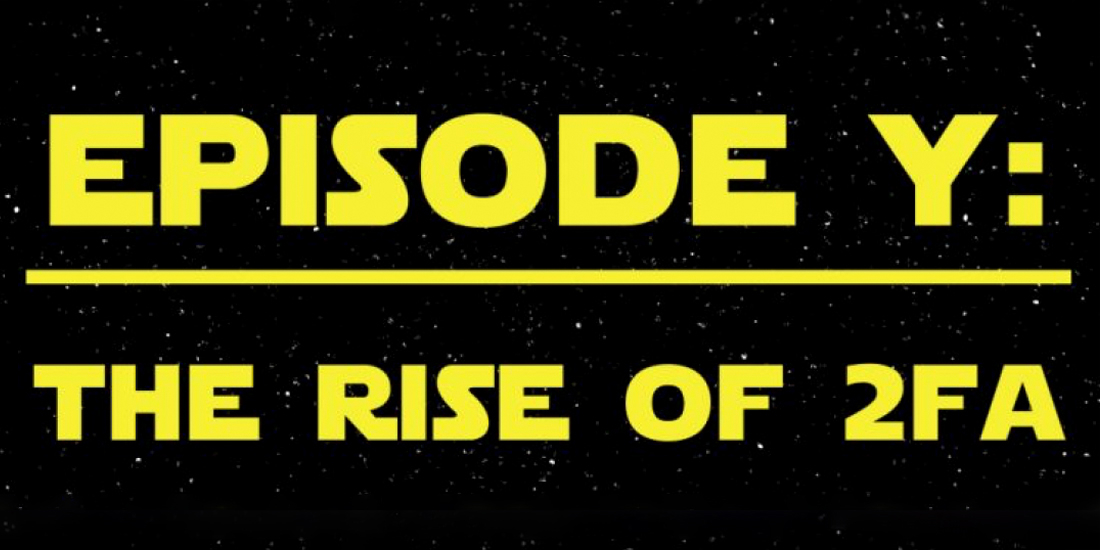 The security revolution has begun. In a final act of resistance against the dark might of the enemy, the brave heroes have deployed their ultimate weapon, a powerful layer of defense beyond the strength of the password known as 2FA, to a vast group of web sites throughout the universe.

As 2FA spreads, a group of security jedis have used the 4C to establish an impenetrable shield around their users’ accounts. The effort has brought forth a great victory, with users avoiding data breaches, identity threats, and phishing attacks.

Meanwhile on the remote planet Wilhacku, the YubiKey fleet, led by Lieutenant Stinasvard, has fought bravely against evil malware droids, successfully destroying the last of the Empire’s hacker army.

With the Empire defeated, peace has finally been restored across the galaxy. Billions of websites can now harness the power of 2FA, and under its protection, people are trusting the internet once again.

We at Yubico are HUGE fans of Star Wars. To celebrate May 4th, we have fun Star Wars-themed social posts coming your way on Twitter, Facebook, Instagram, and LinkedIn. Stay tuned, and May the 4th be with you!